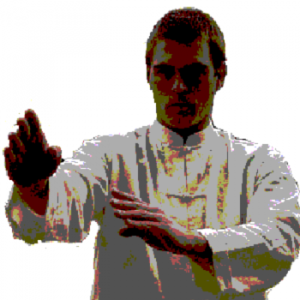 Life is all about change, and coping with it. Adapting to change is key life skill. It is vital to stress management and psychological health.

Change Skill teaches a traditional Chinese internal martial art – Tai Chi Chuan (or Taiji quan) – which is a universally recognised system of well-being as well as a proven combat system for those who wish to pursue this route. The health aspects of the art come from the same foundations as Traditional Chinese Medicine and have parallels in Chi kung (Qigong).

Practice helps you live better – developing calm and vitality, as well as building the ability to work with difficult situations and people whether this is in the course of daily life or in specific martial arts environments.

There are extensive philosophical and cultural underpinnings to the art, but the basic idea is about understanding Yin and Yang, and learning to change from one to the other – it’s all about balance. In a martial context, the idea is to use the opponents’ strength against them – as water flows around and erodes hard surfaces. It is suitable for people of all ages – there is scope for more or less practice of any or all of the 5 components of the art for example one may want to focus on the health exercises instead of the martial arts training.

The art comes from the late Master Cheng Tin Hung, who was practicing and teaching in Hong Kong until he passed away in 2005. Commentators in the press called Cheng’s style ‘practical for health, and practical for self-defence’, and also blessed Cheng with the moniker ‘Tai chi bodyguard’. The style is close to the southern Wu family style after Wu jianquan, but is different such that Cheng called it ‘Wudang’ style in reference to the mountain of the same name, removing any family association. Cheng Tin Hung passed the art to the late Master Dan Docherty, who used the term ‘Practical’ in reference to Cheng’s reputation. Today, both names have also been appropriated by other styles of Tai Chi.